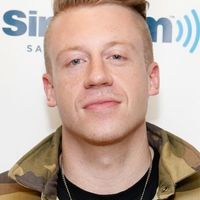 Those 3 plus years, I was so proud ofAnd I threw ‘em all away for 2 Styrofoam cupsThe irony, everyone will think that he lied to meMade my sobriety so public, there’s no fuckin’ privacyIf I don’t talk about it then I carry a date08-10-08, but now it’s been changed in every..When they put me in some box as a saintI never was, it’s the false prophet that never cameAnd well they think that everything that I written has all been fakeOh well I’ll just take my slip to the graveUh, what the fuck are my parents gonna say?The success story that got his life together and changedAnd you know what pain looks likeWhen you tell your dad you relapsed then look him directly into his faceThe seat on your shoulder’s the seemingly heavy weightI’ve been seeing tears like this on my girlIn a while the trust that I once built’s been betrayedBut I’d rather live telling the truth than be judged for my mistakesThe falsely held up, given props, loved and praisedI guess I gotta get this on the page

We fell so hardNow we gotta get back what we lost.. lost..I thought you’d goBut you were with me all along.. along..

And every kid that came up to meAnd said I was the music they listened to when they first got cleanNow look at me, a couple days soberI’m fighting demonsBack of that meeting on the east sideShaking tweakin', hope that they don’t see itHope that no one is lookingThat no one recognizes that failure under that hoodieWas posted in the back with my hands crossed shookenIf they call on me I’m passing, if they talk to me I’m booking out that doorBut before I can make it somebody stops me and says are you Macklemore?Maybe this isn’t the place or timeI just wanted to say that if it wasn’t for other side I wouldn’t have made itI just look down at the ground and say thank youShe tells me she has 9 months and that she’s so gratefulTears in her eyes, looking like she’s gonna cry.. fuck!I barely got 48 hours, treated like I’m some wise monkI wanna tell her I relapsed but I can’tI just shake her hand and tell her congratsGet back to my car and I think I’m tripping yeaCause God wrote Otherside, that pen was in my handI’m just a flawed man, man I fucked up upLike so many others I just never thought I wouldI never thought I would, didn’t pick up the bookDoin’ it by myself, didn’t turn out that good

We fell so hardNow we gotta get back what we lost.. lost..I thought you'd goBut you were with me all along.. along..

We fell so hardNow we gotta get back what we lost.. lost..