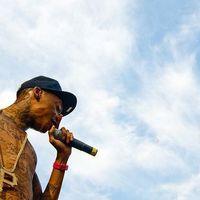 Every time I try to get my life together someone seeswhat you're doin, tryin to ruin my hopes and my dreamsPush away, and always gon' get awayIt keeps them grams in my pants, never hit a dayAm I wrong? Am I right? Do I care? Livin lifeOn my own, cop a zone, what it feelin likeTransition, premonition, whatchacallit, Mac a boneDo my thang with my gang, put your back up onRecollect and reflect, on how I used to beI'm probably the same way cuz cause I'm gon' keep it GSecretly, sacredly, y'all wake and bake with meSolo creepin on the dolo tippin like a low-lowFans come in vans and clans expectin to get that photoOr either come backstage and have a chance to hit my dodoCool individual, I'm never too goodSee Mac is from the hood, and never Hollywood

Uh, growin up I ain't know as muchI was too busy chasin money and rollin stuff 'fore I was old enoughGettin every dollar and fold it upPuttin all our weed in papers instead of blunts so they can know it's usEvery party we showin upBaggie full of pre-rolls, light it up and pass itYou holdin that one too long nigga, matter fact you can have itAnother one in rotation, my motivation is cabbageMy Roley face filled with karatsAnd niggaz think they are but they know that they ain't comparinAnd ain't doin no harm, I just don't think I'm into carinI keep makin deposits and know ain't no interference from your broke assI just keep hustlin all the time and gettin mo' cashAnd rollin weed, you smell the chronic when I go pastYou look at me and then put down notes on your notepadYeah I'm kinda high, but you should know that - hahaha